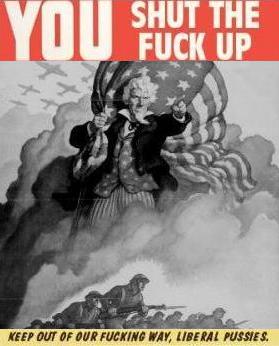 You groggily wake up from the sofa like you always do, dreading to have to go to work at your pointless job. You haven't been sleeping well lately, you don't know what the hell the problem is, and all you know is you're going to be tired for work again. As you go through your routine of getting ready, the TV can be heard; as usual you left it on from the night before.

"And peace talks broke down today, as several ambassadors engaged in a physical fight at the UNNeo-Communist party gaining favor in Russia more terrorist bombings in European Union citiesUS troops won another victory in the Middle Eastmysterious epidemic in China, several million deadskirmishes on the Indian-Pakistan borderworld wide tensions at an all time high"

Same old doom and gloom on TV; you wonder why you even bother watching the news anymore. Still it does seem like things are getting worse, late at night when you're suffering from your usual insomnia, you've been catching infomercials attempting to sell bomb shelters, like something out of a 1950s propaganda film. It seems silly, but you do wonder if it's only a matter of time before someone presses the button.

Then again you live out in the boonies, you've always thought that if the world ever did blow up; you'd doubt you'd even notice until you drove to work the next day and saw the ruins of the city. Speaking of which you better get going or you'll be late.