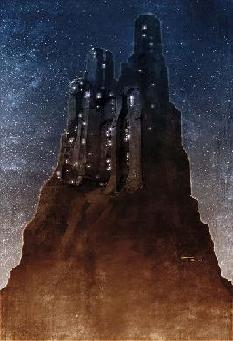 This is a gamebook adventure where you take on the role of a battlemage. The quest you will undertake is long and complex, with many obstacles to overcome and many enemies and creatures to fight. So don't try to scan through it or expect to complete it the first time.

To play this gamebook you need two dice, a pencil, and record any details on a piece of paper. If you don't own dice you can use virtual ones here

Background
Before the plague broke out in the mighty Kingdom of Tarvonis, it was the most powerful kingdom throughout all the known lands. Now with hundreds dead and the kingdom weakening, the plague is still a complete mystery. Neither the astrologers nor the mystics could say exactly how the plague broke out or from whence it came. However, many fingers are pointed at Darkwood, located at the northern edge of Tarvonis, an ancient forest that very little is generally known about. What people do know about Darkwood comes out of the taverns, through adventurers that have supposedly been there and returned. Although it's hard to believe the amazing tall stories, they may contain some elements of truth.

The greatest mage of the kingdom, Zirder, went on a quest deep into Darkwood more than a month ago now to locate the supposed source of the plague, however she is yet to return and no news has been heard from her. King Arthangon now is severely distressed at the news that Zirder is missing and also at the discovery that two of his most trusted advisors have fallen ill with the plague. Healers doubt they will recover.

Three days ago King Arthangon called you to a meeting in the capital Altingard, with the greatest mages, astrologers and mystics in the kingdom in this dire hour. You were chosen, because of your legendary magical ability and fine swordsmanship, as well as Vandil, one of the greatest swordsmen in the kingdom, to undertake a journey into Darkwood to locate the source of the plague and to discover the whereabouts of Zirder.