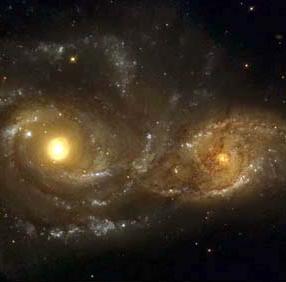 In the year 3457, a mining organization known as CEL recruited over four million people to work on a colony called Sirius. They were promised that they would return home after one year of work.

In 3470, all but two thousand of the miners had died. When those who were left returned home, they were emaciated and weak, sick with fatigue and plagues of many illnesses. The guards and overseers were ruthless, torturing the people who didn't work fast enough, killing those who disobeyed them. The atomosphere of the planet was roughly 10% oxygen, 80% methane, and 10% hydrogen. It was amazing that the planet wasn't a ball of fire.

The miners worked 18 hours a day and shared their bunks with three to four people. The barracks were so small that there was only one shower per ten people. When the miners complained about it, "medics" came and took them away, claiming that "they had a disease from the methane." Most miners believed it...until their numbers had been cut down by about 1/8. Then there were suicides. Ten to fifteen miners turned up weekly, hanging from environmental suit sleeves attached to their bunks, shovels in their faces, picks through the backs of their heads. No one could tell whether there was more sweat or blood in the barracks.

The system they came from, called Morphos Annon, vowed to destroy CEL and avenge their lost kin. They would take out the company so it would never make another weapon again.

By the year 4569, Morphos Annon had created the largest intergalactic attack fleet known to mankind. They dubbed themselves "Black Sun". However, over the years, rumors had gotten out that the fleet was under construction, and CEL had formed a force of its own. Battles were long and tedious in the beginning, but as CEL developed new weapons systems and tactics, Black Sun was pushed back. Now, the CEL Corporation has surrounded its main facilities, located on different planets of the system Cyphex, with the remaining forces of their fleet. Black Sun has one last resort: send in their most well trained and strongest assassins in a covert operation to take out the Directors of CEL.

It is now the year 5050. Black Sun has succeeded in eliminating the first Director. The four assassins are the last hope for revenge, and CEL will do everything to stop them from succeeding in their task.

WHAT SIDE ARE YOU ON?

CEL: The mining organization dedicated to production of warfare systems and mineral research and testing. They are aware of the presence of Black Sun in their system, and will fight the renegade solar system to cover up their hideous deeds.