Written by MindBlown / NR: Not Rated / 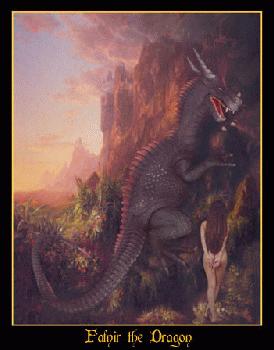 There was once long ago a land that lived a thousands dragons. Where both man and dragon shared the earth equally. It was until then man grew in fear and started slaying these dragons that the dragons grew against them in battle .

Greed for the value of dragon scale also had grown and thus many more dragons were slayed until none were seen.

Myth has it that there was seen one last dragon and for his heart and scales, price grew a great amount that would bring to his slaying, but this dragon would never be found.

The hunt for this last dragon grew large until land became to small an area for hiding, will YOU be prepared to save......

*Notes To the Reader*
{Sometime in the story Zavier and Athena's paths will cross and meet and may actually have a chance to join each other,and yes it will be possible to save the dragon. It won't go on endless leaving you to never find the dragon this will be more of a completed CYOA and Ladies this will have just as much of a story put into it as it will for the guys both are equal.}
(Most Illustrations are that of Luis Royo,& Boris Vallejo)

[Special Note:This story contains violence and some mature sexual preferences is not intended for immature readers.]