Behind the Shield: Bomb Squad 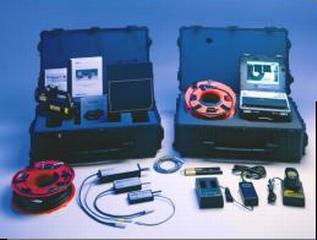 You head on over to the SWAT Team supply room. Here is where all the SWAT Team gear such as weapons, bullet proof vest, door ram, and other things are kept. You figure the Captain has had to already ordered the gear needed for the bomb squad.

You unlock the door and walk in. You begin looking on the supply shelves when you come across a large container in the corner of the room marked "BOMB SQUAD"

You open the lid of the box and pull out two bomb squad uniforms. You pull out the uniforms which feels to weigh a ton and begin to pull out some bomb disposal tools.

You pull out two hard containers from the supply box that look to be some sort of tool boxes. When you open them you find a wire cutters, roll of wire to reroute existing bomb wires, circuit breaker and some other gizmos that could help defuze a bomb.

While going through the gear your SWAT pager goes off. It looks like it's from the Captain.