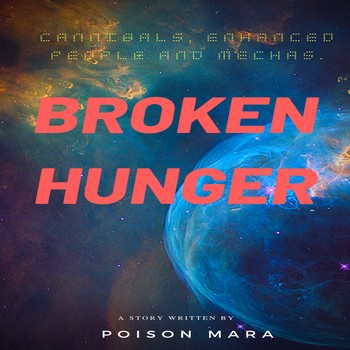 The Battle again in your dreams, as fresh as if it was happening right now ...

Is this happening now or it is a post-battle induced coma? The attack from the Octopus tribe was inconceivable... Even In my dreams, I can't stop returning there.

Blood splatters in all directions, filling the closing and recycled atmosphere of the space with a sweet iron aroma. This smell is making you so hungry.

No, this has already happened. I am not there anymore... This is just a dream. A dream!

In the midst of the battle frenzy, you gaze at your nearby enemies. There are two Krakens inside stealthy mechas, phantom units capable of using mechanical tentacles to strangle unprotected cats into a juicy pulp of flesh and viscera."

Few of your team of mech still remain covering the dam junction that is the only that keeps separating the civilians from your enemies.

Then, as if they come from a nightmare, two new Octopus warriors join the fight. There is no way your remaining forces can survive that on their own.

You are out of breath. Your mechanized boots almost glide through the gore and the floor of the space station, Each step becomes an agony for your tired body and mind.

You were too late.

Suddenly they open up their helmet and their Ovid organ shoot mercilessly like a grenade launcher nanoparticles acid eggs like bullets which are capable of burning the skin of anyone who has no mecha suit. The flesh and guts from the multiple victims remind you of the slaughterhouse near your home...

Not a single one of your men and women survived. Only you, isolated and alone in a fucking doomed corridor.

You can't stop talking to yourself like a mad person: "Damn, I am really starving. I haven't eaten in like five days."
Weak, you feel terribly weak, feverish. Each movement, even with the extra agility of you mecha suit, is slow and difficult as if you were on a high gravity planet. But, you have kept going. Your team is the last defence of the kids and civilians of this space station.

You look around, but nobody is left. A single Cougar person over a pile of octopus and other felines.

But you don't remain alone for long.
As another enemy octopus gets closer to your choke point.

Your hands are still trembling inside the suit, but you are determined to make your own life and those who disappeared from your team count. They won't win.


"Ahhhhhhhh, slimy piece of shit. I will end you!!" You cry loudly without even thinking about it, as your adrenaline rush has taken over your feverish mind.

You compare your rival mecha suits with your own. Both are made from exotic alloys and nanoparticles. But each Tribe has modified over the last thousands of years the relics from the old empire. Your rival uses one of the most typical Kraken's designs which is used mostly for sabotage and stealth missions. Meanwhile, The feline culture uses sturdier yet lightweight versions trying to maintain decent agility but focused on the close and medium range.

Your suit is a personalized version of The Pantera, which is a well-balanced model, you have given to it a reinforced engine and a nasty surprise in proximity with the inclusion of tactical mini-nukes and grenades. You can charge towards a rival thrown out your nuke or grenade and use your improved propulsion system to get the hell out of there before.