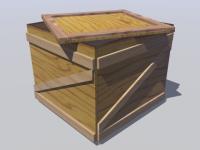 So this is how you've wound up.
Sitting in a wooden crate, on a boat, sailing into the middle of no-where.
At least, you think it's no-where. M16 have no idea where Dr. Rather Nasty's boat was sailing to. Or what it was carrying. They think it must be some kind of sinnister plan. It's pretty likely, too. Why else would the man be called Dr Rather Nasty? Because he's good at selling lemonade and fairy cakes on the street corner? Doubt it. Maybe when he was 6...
M16 would have sent Bond. They always do. It's always "Oh, there's an evil sinnister diabolical plan going down in some evil sinnister diabolical genious's secret evil sinnister diabolical underground lair. Let's send Bond! And he can score with some random beautiful woman with his enchanting British charm while he's there!" That would be the case.
Except he choked on a Skittle and died.
It was his own fault really. He was leaning back on his chair eating Skittles when he fell. One got lodged in his throat and he copped it. It was a marvelous funeral. Tens of thousands of people there. Tens of thousands of bloody speeches as well. You nearly died of boredom. It could have been a double funeral.
Your elbow is itching like mad, but it's too cramped to scratch it. You tried to reach round with your other arm but it got stuck by the wall of the crate. The itch is driving you mad. You hope the boat journey will be finished soon. This is the most annoying thing in the universe. You feel like exploding. Being stuck in a cramped crate with a Walther PPK and an itchy elbow sure as hell wasn't in the job description. Except the Walther PPK part. That was mentioned several times.
You try rubbing your elbow up and down on the crate. It's sort of helping, but not much. But then you get to a particularly sharp bit of wood and give yourself a splinter. Oh shit. You hope you can get it out before it gets infected.
The itching's stopped. Thank God for that.
But now you have an ever worse problem.
You need a piss.
Badly.
You probably shouldn't have stopped off at the pub for a few pints before getting crammed into this crate.
"Just a couple of pints," they said, "it won't do you any harm!"
How wrong they were. If you come out of this crate reeking of piss that'll really cramp your style. Even so, the guards could die laughing. You wouldn't have to waste precious ammo. Just pick them up and throw them off the boat.
"How did you escape the guards, 009?"
"Oh, I just had a slash in my pants, and when I came out reeking of piss they were fish bait"
How freakin' heroic.
Wait a minute, you can hear the boat coming to a stop.
Shall you burst out now and kill anyone you see, or wait 'till you get taken away and find out where everything goes?