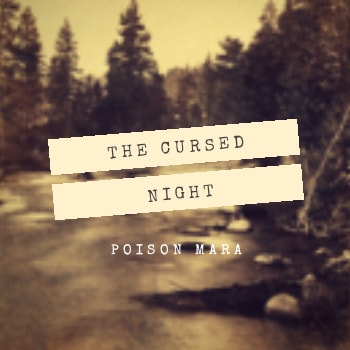 You have never imagined when you still in California, that Nevada’s territory in Utah, the brand new territory created; it has extensively publicized as a supposedly big desert mining territory jammed with silver. However, Nevada starts coming from the California Trail, in a damn muddy area near the Truckee River, away from the hand of the Damn lord.

Your mind can't stop thinking about the tricky situation you are right now:
I should be on the damn new Lake's Crossing toll bridge! Any hope of reaching Virginia city in a couple of days has faded away in a jumbled nightmare.

How could I predict that I would end up in an area full of cougars, trouts and Indians on the wilderness California trail!

Neither the sweet scent of pine trees in the late winter nor the murmur of the nearby river does anything to forget the humidity or the fact of being in the damn middle of nowhere, far away from all civilization.

You begin to insult your father and the generations of thieves and scammers in your family from beyond the ocean.

Remembering what he told you before your escape from Boston police: "A war is about to start, you should emigrate to California or Utah, with the mines just opened there is a lot of easy money to get for an honest snake oil saleswoman."

You sigh with the irony, trying to guess what is wrong: Honesty. No one in my family has ever done anything legal, being the daughter of a Mexican whore and an Irish smuggler with whiskey instead of blood in his sinner's veins. Something is wrong, I know it. My thief's sixth sense never fails.

Without a doubt, this trip did not start as you dreamed. you sigh as you look at the damn wagon in the mud. The irony...

I had to leave Boston, the police wanted to hang me in front of the Paul Revere statue. There was only one way to escape my destiny. The sea and the wild west. There, I will be free. If I get there that's it.